the UAE’s Unique Culture of Entrepreneurship

Historian and political scientist Dr. Frauke Heard-Bey believes the Gulf’s unique tribal makeup has helped spread the benefits of industrial growth among local interests. She concludes that these same forces that have shaped the region over the last century will play a critical role in the future of family business. 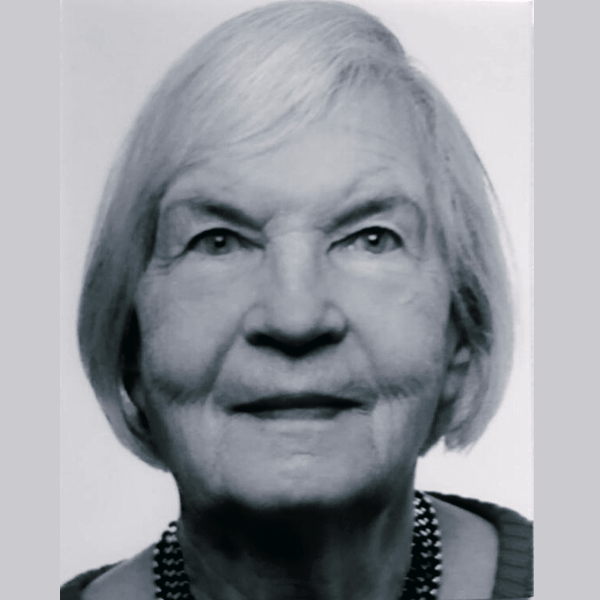 From communities of pearl divers pooling resources to families unifying to gain leverage in the oil industry, there is a long history of economic events spurring entrepreneurial activity in the Gulf region. Historian and political scientist Dr. Frauke Heard-Bey believes the Gulf’s unique tribal makeup has helped spread the benefits of industrial growth among local interests. Moreover, she thinks these same forces that have shaped the region over the last century will play a critical role in its future and the future of family business.

With more than five decades of research into the social, economic, constitutional history, and development of the Gulf and Arabian Peninsula, Frauke Heard-Bey has acquired a deep understanding of the evolving economic forces that have transformed the region’s industrial landscape and influenced the people who rely on it. Her area of focus is the UAE, where she has worked for 39 years at the National Archives of the UAE (formally the Centre for Documentation and Research). She has authored several books and over 75 articles in academic journals, joint books, published seminar papers, and reviews.

Q: Dr. Heard-Bey you have spent years researching the origins of the UAE’s economy and social and cultural structure. To better understand the evolution of the UAE economy, what was the significance of the region’s pearling industry before the oil boom of the 20th century?

The pearling industry launched an economy where people gathered and pooled their means, organizing as tribes or family groups to send boats out and harvest pearls together. But by the end of the 19th century, the profits from pearling became so attractive that the industry was no longer being run through cooperation alone. Investors were needed to finance the industry’s expansion — to purchase imported wood for boat-building, for example. Provisions for pearl diving crews and their families also had to be pre-financed for their time out on the boats. This system, with all its risks, enabled some financiers to become very prominent, and they, along with society as a whole, reaped the rewards when the pearl business was booming.

However, if a crew was not successful or a pearl season turned out to be particularly lean, the debt accumulated from the pre-financing would fall to boat owners or even the families of divers became indebted.

When the industry suffered such a blow the whole community would share in the financial pain.

The most significant incident came with the economic turbulence brought by the First World War and the subsequent financial depression of the 1920s and 30s. During the same period, a Japanese businessman developed artificially farmed pearls, which lead to the collapse of the traditional pearl trade and extensive financial losses. At that point, the future of the Trucial States looked very bleak because of how significant the pearl trade had become to the region’s economic health.

Q: What effect did the disruptive macro-economic events early in the century have on families in the region?

Around the 1930s and 1940s, people saw their economic future as something that revolved around earning money rather than harvesting from the land or sea. Employment as rulers’ guards or as guides, cameleers and cooks for the first geologists to survey the hinterland was much in demand. In Abu Dhabi, the ruler Sheikh Shakhbut even helped to provide individuals with such opportunities in the oil industry. Many men and even some families took advantage of employment in Kuwait, Saudi Arabia and Qatar, once the oil-industry had started operations there.

In the 1950s, the Trucial Oman Scouts force was created to help make the hinterland safe for the activities being carried out by the oil industry. This kind of employment generated good income for families and laid the groundwork for the burgeoning oil-based economy. By 1952, one company, Petroleum Development Trucial Coast, had concluded oil concessions with all seven Trucial States. Training schools of the oil companies and in the defense force, as well as work experience helped many individuals to forge connections with foreign suppliers and thereby start their own companies.

This development allowed many to build family fortunes and embark on multigenerational entrepreneurial activities.

Q: How did this activity differentiate the emerging private sectors in Abu Dhabi and Dubai?

The differences between Abu Dhabi and Dubai became more pronounced as oil industry growth accelerated much more spectacularly in Abu Dhabi than in Dubai and played almost no role in the other emirates. Construction was going on everywhere in the region through this period. Abu Dhabi needed engineers and consultants from other countries, they invited experts from various Arab countries, most prominently Lebanon and Palestine. Dubai recruited clerical staff for the expanding businesses from the Indian subcontinent. This back-and-forth between tradespeople from different nations helped Dubai to establish a varied private sector activity. Likewise in Abu Dhabi, unique relationships and regulations enabled a level of commerce between Abu Dhabi and Lebanon that many families continue to leverage today.

A factor that spurred economic behavior and distinguished Abu Dhabi from Dubai was for instance the development of a causeway offshore from the Corniche, made of stones trucked in from Al Ain. This was a government-sponsored project that would provide income to the local population. Many of them were tribes people who could not read or write but learned how to drive trucks to gain employment in the oil sector. This income allowed many of them to buy more trucks or secure the loans to do so. Some of today’s major construction companies thus began as trucking operations and expanded in true entrepreneurial fashion, branching out to many diverse activities.

Q: How might this culture of entrepreneurship shape the future of the UAE’s entrepreneurial landscape?

Future generations will learn from the actions of those before them and, in many cases, want to emulate them — especially the business successes. Of course, today’s economic realities are very different – the markets have matured and the opportunities are of a very different nature. Instead of having to face the harsh economic realities of the early 20th century, many of today’s business leaders have had the opportunity to attend university and get exposure to international business best practices.

However, even in today’s context, the younger generations realize that to achieve entrepreneurial success it is important to build relationships just as their forefathers did and use opportunities where they arise.

Another force reshaping the region’s business environment is the role women will increasingly play in entrepreneurial circles. There are prominent examples in all the emirates where the traditional expectations of female roles in marriage and family changed because of the excellent educational opportunities, which advance girls’ scholarly interests and talents. Today, many Emirati women are building their careers outside the family business, sometimes returning to it, and becoming significant assets with their wealth of worldly experience and professional knowledge. There is a huge incentive for women to work hard, learn hard, and aim for a career that may eventually lead back to the family business, but also bring something new and engaging from the outside. Their contributions to the future of family business in the region will be increasingly significant.

Dr. Frauke Heard-Bey, a historian and political scientist, believes that the Gulf’s unique tribal makeup has helped spread the benefits of industrial growth among local interests. With more than five decades of research into the social, economic, constitutional history, and development of the Gulf and Arabian Peninsula, Frauke Heard-Bey has acquired a deep understanding of the evolving economic forces that have transformed the region’s industrial landscape and influenced the people who rely on it. Dr. Frauke’s focus area is the UAE, where she has worked for 39 years at the National Archives of the UAE (formally the Centre for Documentation and Research). She has authored several books and over 75 articles in academic journals, joint books, published seminar papers, and reviews.